I have a 3 bedroom sublet/rerent that I can't get rented! it's just north of Howard and Ridge, we've showed it a million times, it's a little place with a dishwasher and laundry just out your door, garden apartment for $925.... it would be PERFECT for a coupla students. And I can;t believe the time and money I've put into advertising and it STILL HASNT RENTED>

shoot me if I ever become a landlord.

have you heard the exciting news???

you'll find me in the THEATRE schedule going on at 10pm: THEATRE/NIGHTS OF WHISKEY AND ROSES - i'm performing as,

the performance will be in the CHASE AUDITORIUM - 10pm at 10 s. dearborn. the link
gives you all details... 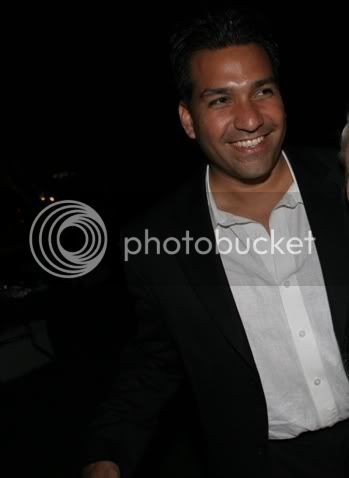 meryddian
she'll be showing photos as well! check out her LJ to get all the details...

Hey...
I live in a basement apt with drop ceilings. The noise from above is ridiculous. Not from the nieghbor, more from the way the building is.
Does anyone know of ways to sound proof the ceiling? Or any other tricks to assist with noise reduction?
Thanks!

Hey...
Just moved in to a new apt.
The person who lived here before smoked a ton.
Kinda smells bad...
Anyone know of any good products to get to get the smell out of carpet, walls, etc?
Thanks!

fuck you, chicago, and your CTA fare hikes. which, incidentally, i'd be down for if it actually allowed for improved service, but no.

fuck you, chicago, and your cigarette tax increase, coming just days after the smoking ban. a smoking ban!? i mean, what the fuck is that all about? if you're worried about the public health, how about those fucking power plants on teh south side?? or hey, how about some fucking health care!?!? theres a novel idea. granted, i know this doesnt come on the city level, but it'd be nice to know that my extra dollar a day is going toward something tangible. (better schools? cheaper tuition? nah, screw that. lets line the pockets of city hall.)


i'm just wondering if anyone currently living in your city makes less than 100,000 a year. because, the way things are going, the way things look on the first day of 2006, that wont be possible. my cheap, affordable apartment, which sits in the armpit of rogers park is about to be gentrified in favor of condos.

whats that? oh, yea, they DID give me a first look option, you're right. but i mean, i'm barely pulling in 300 a week, so the notion of buying a condo is about as foreign to me as a trip to the moon.

THANK YOU FOR TAKING AWAY MY WOLF/RITZ CAMERA LOCATIONS,THUS MAKING IT THAT MUCH HARDER TO FIND THE RIGHT FUCKING 35 MM B&W 400 SPEED FILM AND POLYCONTRAST PHOTO PRINTING PAPER.

p.s-
chicago,i love you to death and i want you tatooed all over my body,but sometimes you honestly just suck.we're still friends,though,right? right?

Here, on the eve of the total change around prepared for the CTA fare hikes,she vents:

i live basically as close you can get to the suburbs (river grove,norridge,harwood heights,etc.) as you possibly can without being part of the suburbs on the NW side. I am a student, I do not have a car, and basically my whole life revolves around the places that are entirely way east of me.there are no train stations near me.there are no fare card machines anywhere near me whatsoever,and although i am on foodstamps, i am not exactly the poorest of the poor. i'm there but there are so many others that are even more broke than i am.i have no job and neither do my parents,but that's another issue for another post.

CTA CAN SUCK MY NON-EXISTANT COCK,AND PAY FOR A GODDAMN FARECARD MACHINE AT THE WALGREENS ON MY CORNER.

(I'm not bitching about it, I'm just spreading the good word.)

It's laughable that a group that claims to uphold personal liberties and freedoms would take away mine because I bothered asking questions about posts they made. For example, why do they claim that 100,000 people died when it's been documented that the methods used by the Johns Hopkins researchers were likely inaccurate?

This isn't a post regarding the validity and morality of the Iraq conflict. It's about a hypocritical, Chicago-based LJ community that looked beyond my Hello Kitty demeanor and saw a disagreeing voice and viewed it as a threat rather than an opportunity to educate.

Hello Kitty is not pleased with the stifling of our speech on that community.

Hello Kitty is also enraged at the spot-stealers of Chicago. But that has been addressed most accurately by Joeyslugs.
Collapse